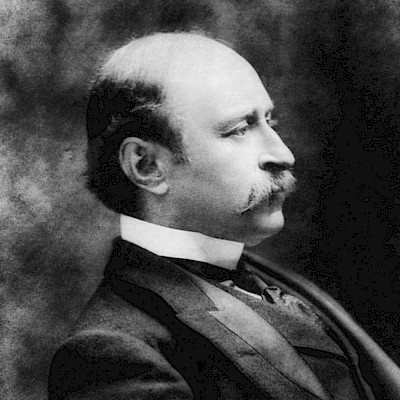 Born in the mid nineteenth century, Jacobs was a Aussie folklorist among other things and is probably best known for bringing tales such as Jack and the Beanstalk, the Three Little Piggies, Goldilocks, and Tom Thumb to the wider world.

Although born in Sydney, he was the son of a London publican, and, at the age of eighteen, he headed back to England to study at Cambridge at St John's.

He loved maths, philosophy and anthropology as well as literature. Sadly, for him, he also became aware of the widespread anti-Semitism that plagued Britain at the time. Later he would become the president of the Jewish Historical Society.

Jacobs was the editor of Folklore, the journal of The Folklore Society which is a national association in Britain for the study of folklore.

At the time, many of the fairy tales read to or by children were German in origin, thanks to the hard work of the Brothers Grimm.  But Jacobs wanted to bring British tales to the masses. His tales range from fairy tales to ballads, to stories that are almost like myths.

8: Jack and the Beanstalk